Work on the stainless steel prototypes have been moving along slowly. The bikes, the Pave and Velo Routier Stainless Steel have been out in the Pacific Northwest and are presently at  P.T. Cyclery  in Port Townsend, WA. where you can test ride them and give us some feedback. We will be building a second set of prototypes this fall.

It has been three days now since I last swung my leg over Cycle Toussaint prototype bike the PAVE’. I still can feel the yearning of both myself and the bike to see what is beyond the next mountain. Where would this road or trail go? Can we do that downhill part again but even faster? I know to some it is hard to think of a bike having a soul but this one does. For me I was immediately connected to the Pave’ on my first trip. Granted I had some concerns about the rear wheel being only 24 spoke.
Alas I am getting a head of myself. Let me tell you how this all came about. A few weeks ago I was in Port Townsend, WA with my wife. Naturally I stopped into PT CYCLERY to chat with Bob the owner. I had bought a road bike from him because my commute/mountain bike just could not give me the need for speed that I was desiring. Well, along the wall stood this bike. At first it reminded me of bikes I had seen built in some ones garage with whatever they could find and use for parts. I myself had taken my Stingray, to us we called them Cheater Slick bikes and extended the forks to give it more of a chopper look. Needless to say we had some interesting accidents. Then I realized this was nothing like those bikes. It was funky yet in a very cool way. I loved the plates on the seat stay and forks. That and the fact it was stainless steel caught my attention. Bob let me take it for a quick spin. Those few minutes was all it took for me to realize there was more to this bike beyond just the cool look and white tires.
After returning the bike I later wrote to the guys at Toussaint and let them know what I thought. Soon after Bob texts me and offers to let me take it out for a real ride. I asked if he was joking because he could end up losing the bike. He was serious. So we made plans for me to pick it up when spring break starts. That way I had most of the week to put the bike through its paces. Let me tell you after 186 plus miles and almost 7000 feet of elevation gain I just touched the tip of what this bike is capable of doing. This with me a Super Clydesdale riding it! For those who don’t know there is basically three type of rider sizes. You have normal. Clydesdale which is anyone over 200lbs to about 250lbs. Then the Super Clydesdales who are over 250lbs and we break things a lot. I am at around 270lbs and my local bike shop can attest to the fact I am hard on rear wheels among other things.
Thus the reason I was tentative on my first ride. I soon realized I had nothing to worry about. This bike would take me where ever I wanted to go and still be up for more adventures. I did group rides hanging with the lead riders. Went up dirt roads in the mountains just to come screaming down paved roads hitting speeds of over 40 mph a couple of times. Took on head and side winds like they were a slight breeze kissing my cheek as others struggled to keep their bikes steady. When I needed more speed I got it instantly like a guy using his heels to urge his horse to go faster. Again this with 32mm knobby tires. 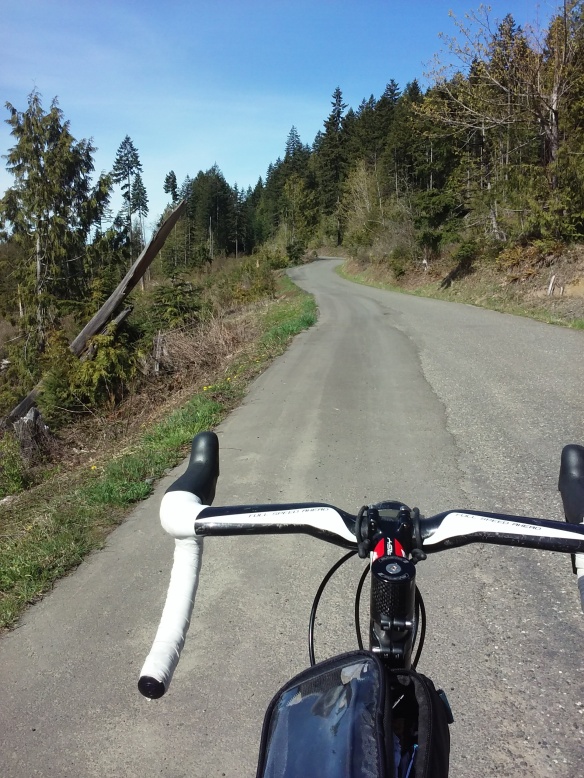 I am not going to get into all of the technical things on this bike, but I can tell you from the stand point of a Super Clydesdale if you wanted just one bike to do it all for you this is it. Rather than buy several bikes for road, CX, gravel, touring or whatever all you need to do is buy tires. The stainless steel frame and carbon fiber handlebars helped to make the ride very comfortable. Having disc brakes was also a huge plus. Oh, did I mention the bike weighed around 22lbs?
One last thing. This goes out to Bob of PT CYCLERY. You mentioned that every bike/steed should have a name. Well I gave it some thought and came up with the perfect name, Barnabas Sackett. For those who know anything about the western writer Louis L’Amour you will recognize and understand why. If not let me quickly explain. In a series of books L’Amour wrote about the Sackett family. They were strong dependable people who you could always count on when the going got tough. They were also adventurers always wanting to find out what lies past the next mountain, what awaits beyond the next bend in the river. They also took no BS from anyone. So Barnabas Sackett is the perfect name for the bike. Just call it BS for short because it won’t take any.
Thanks again for allowing me the privilege of riding a great bike and one I know will always hold a place in my heart and soul. 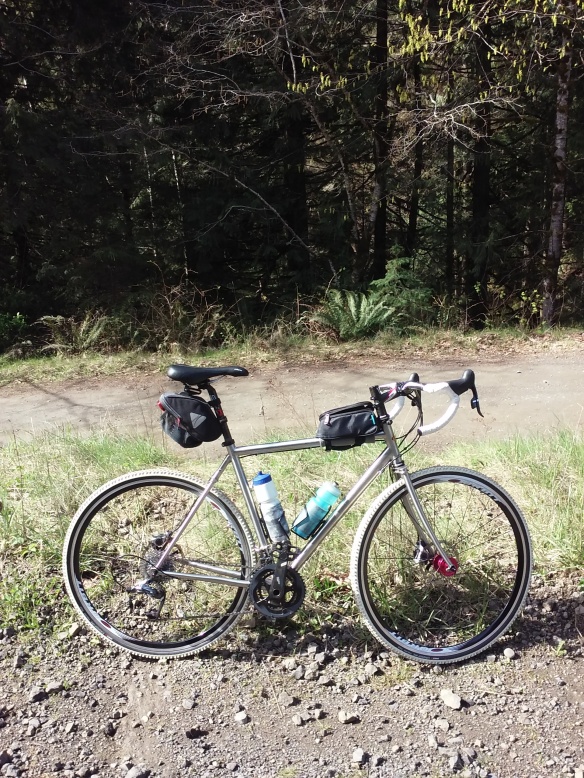 David will be riding the Pave prototype again September 24th is the Big Hurt competition in Port Angeles and the bikes will heading back home to Calgary.